We had absolutely NO doctor appointments for almost 3 weeks around here! What a break! We did get a rainy spell which was fine with me because we have the walk way out back now in case we have to go out in it. We were able to get some groceries picked up before the rain moved in and then I had several days of good stitching!

Somehow, a feral pregnant cat got into the crawl space under our house. She had her litter of kittens and after they left, it sounded like she threw a big party! A lot of the duct work going to AC was torn down! We keep that door closed and locked. She must have found some other way to get in! Now we have to get all of  that fixed before it causes some major damage!
My infusions will be coming up again around the end of July. I have decided that I will either take in Ann Pegg by The Scarlett House or Be Who You Are by Lizzie Kate. They have both been started and are in my WIP basket.
It looks like I will be having several surgeries coming up. The first one will be fairly minor. My fistula surgeon needs to do a little tweaking to help keep the swelling down in my arm. Nothing major or urgent. I just want to get it out of the way.
Sometime before or after infusions, I will get something done about my shoulder. The x-rays showed a little more than just a simple dislocated shoulder. This one will be a little bit trickier since I will be wearing a sling for 2-4 weeks and basically will only be able to use one arm for several months. Several of my doctors (and my insurance) disagree on certain things concerning the timing but I am still in pain with it!
Doing about anything that require two hands and/or arms is very challenging! Stitching, typing, cooking, doing laundry and more! My stitching has definitely suffered because of my arm so I have been working on my family history more lately.
I realized that I need to get my stitching pulled and ready to work on (in case I can) so I don't have to do a lot of hunting while I am one armed. LOL. I have plenty of WIPs I can work on but I thought this might be the perfect time for a new start. I have two that I am debating between.
Until next time may you have simple days and an uncluttered heart.
Posted by Sherry at Monday, June 07, 2021

Praying for both of your upcoming surgeries, Sherry. Thinking of you.

Sherry
I love my Faith, feeding the birds and other wildlife that wanders into our yard, my beautiful yellow roses, my backyard in general, my blue jeans and sweaters, fun socks, my cross stitching, a cup of coffee, peace and quite, spending time with my husband and best friend of 42 years, each and every season of the year because it has something beautiful and special to offer, blogging, learning new things and living each day to my very best. 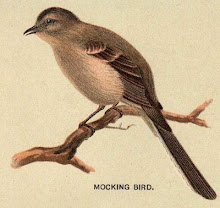 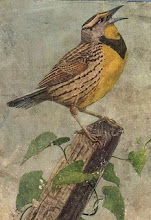